First and foremost, let’s get the lingo and caveats out of the way since many myths start and won’t die because of a substantial lack of clarity.

– Depending on where your company is based, how it is organized (LLP, LLC, Inc., etc.), and/or what industry you are in, one or most of these titles may be used. They’re basically the same role, so for this article’s purposes, they will be rolled into the title of Operations Executive.

– Though this may differ slightly company-to-company, he/she is often responsible for and is reported to by finance, sales, marketing, business development, IT, DevOps, and people operations (including HR).

Now that all our bases have been covered, here are the most common myths I come across:

MYTH #1: A CEO should be able to handle all business execution alone.

In a truly early-stage startup, before product/market fit and while the company is operationally simple, a founder-CEO absolutely should be able to handle everything. However, once the company starts hitting milestones that make the company more operationally complex (see the next article in the series: Signs It Is the Right Time to Hire an Operations Executive), the personal capacity and attention of the CEO and/or co-founders become overcrowded with “trees” rather than “forest” issues.

In this analogy, the “forest” issues are high-level goals like setting the company’s direction, culture, and product. These areas always start suffering first because the day-to-day operations (“trees”) tend to suck up a lot of attention.

Just like a seasoned developer can create a better product in less time, a great Operations Executive can recognize patterns you may not; we have armies of specialist vendors and networks of subject matter experts we excel at tapping into, which can make the company noticeably more efficient and effective while also giving the CEO time to focus on what they do best (leading and setting the vision).

MYTH #2 Having a CFO is enough.

Investors in your seed and A rounds often require your company to hire a (usually part-time) CFO as a condition of their investment. Investors either want someone with a much stronger financial skillset or a non-founder overseeing their money. This happens mostly in early pre-product/market fit startups where an Operations Executive is not needed yet. Once the company starts getting traction and needs to scale, it is easy to fall for this myth since Myth #1 has probably already taken hold. Lately, CFOs are really COOs with additional depth in finance.

MYTH #3: There are tons of companies with $10M + revenues that don’t have an Operations Executive.

When this happens, it’s usually because the CEO is the Operations Executive and the company operator. However, this also means that innovation, product, and vision are likely handled by (other) co-founders who wanted to take roles that did not require being the company’s face with associated PR duties and an endless barrage of attention scrutiny. One person can’t lead operations while also leading vision and product because one or all of those areas will lack proper attention and focus.

MYTH #4: If a co-founder already has the COO title, you don’t need an Operations Executive.

Often, when there are 2+ co-founders, the most extroverted, best in sales, and/or most dominant co-founder takes the CEO title, and the more inside-of-the-business-focused one takes the COO title. Unfortunately, in most cases, this COO tends to be an expert in other areas, lacks the experience and skillset needed, and abhors an Operations Executive’s duties. Those of us who head operations are used to these situations, which is why you see us take the VP or Director of Operations title. In the end, these aforementioned COO co-founders end up taking a new title more in line with their expertise and passions.

MYTH #5: Your valuation will be lower if you have a COO.

This myth has nothing to do with Operations Executives but rather is rooted in co-founder/investor politics. I have heard this myth with CMO, CTO, CRO, and other leadership titles. Yes, investors will stay away from or reduce a company’s valuation if they see those founders, who currently hold the mentioned executive titles, show unwillingness to give up their leadership roles to better qualified non-founder talent. That said, Operations Executives actually increase the company’s valuation because they are experts in three major company value drivers – the ability to recruit, develop, and retain the best talent, optimize profitability/revenues, and scale the company sustainably.

Whatever the myths and misconceptions are, every sustainable and profitable company has an Operations Executive on their team.

It may take the founders realizing their revenues are flat or shrinking no matter the effort or a major traumatic event to get an Operations Executive, but they all do in the end. As one of my CEO friends likes to say: “just like behind every great king, there is a great queen, behind every great CEO is a COO covering his/her back.”

← What Do Operations People Do? Why I Value Experience in Service Industry More Than Education → 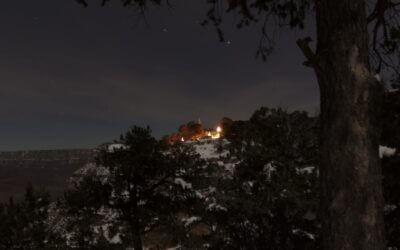 While ARR is our "north star" KPI, it is an imperfect measure of progress, success, or company value. ARR does not tell the full story because it only shows quantity and not the quality of the revenue. As an operator, I rely on what I call "hero KPIs" to guide the... 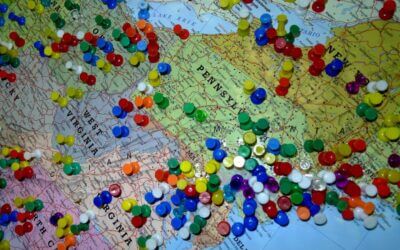 The Future of Knowledge Work and the Post-Pandemic Workplace

It has been a year since the Black Swan event of the COVID-19 pandemic started shaking industries to the core. None of us have a crystal ball and can predict the future, but we must develop our thesis and get in action.  Don't let a good crisis go to waste.... 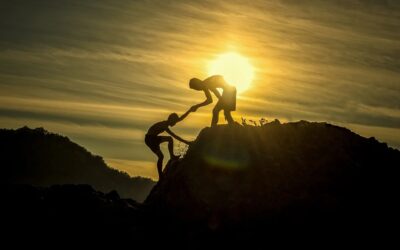 The Hardest Skill To Master – Empathy

Any growing venture is hard. It does not have to be a startup, it could be a lifestyle or a mid-size business. The faster the growth, the more extreme are the swings and tensions. It is way too easy to lose sight of what matters, end up with agenda, and kill your...